Giacomo Balla was born in Turin on July 18th 1871. Initially he was interested in music and took violin lessons as a teenager, but soon afterwards he discovered a fondness for painting and drawing. Thanks to the passion imbued in him by his photographer father, Balla decided to attend the ‘Accademia Albertina’, where he studied courses on perspective, anatomy and geometric composition. In 1895 Balla left Turin and moved to Rome, where he joined the group of the divisionisti, and began to exhibit regularly in exhibitions of ‘Amatori e Scultori.’ Here he found a following of students, such as Gino Severini and Umberto Boccioni, and become a leading figure in the Roman artistic world. In 1897 he became engaged to Elisa Marcucci, the sister of Duilio Cambellotti’s friend Alessandro. After the death of Boccioni in 1916, to whom he dedicated ‘il pugno di Boccioni’ he became the undisputed star of the movement. His ideas are set out in these words: ‘We Futurists, Balla and Depero, seek to realise this total fusion to reconstruct the universe making it more joyful, namely completely recreating it’. In fact he began to design furniture, fittings and furnishings as well as scenes for Feu D’artifice of Igor Stravinsky in 1917. He also participated in the film ‘Vita futurista’ (1916) where he attended filming with Marinetti. In October 1918 he published ‘Manifesto del colore’, where he analyzed the role of colour in avant-garde painting. As part of his relentless adherence to futurism, in 1926, he carved a statue with the inscription at the base ‘I came to give Italy a government.’ The work was delivered directly to Mussolini, who looked upon it with favour. In the thirties, Balla became the artist par excellence of fascism, earning great critical acclaim. In 1933 he created ‘Marcia su Roma’, it seems that this work was commissioned by Mussolini himself. In 1937 Balla wrote a letter to the newspaper ‘Perseo’ in which he dissociated himself from Futuristic activities. From that moment Balla was shelved by official culture, until the re-evaluation after the war of his works and those of Futurism generally. He died in Rome on March 1st, 1958 at the age of 87, and is buried at the cemetery of Verano. 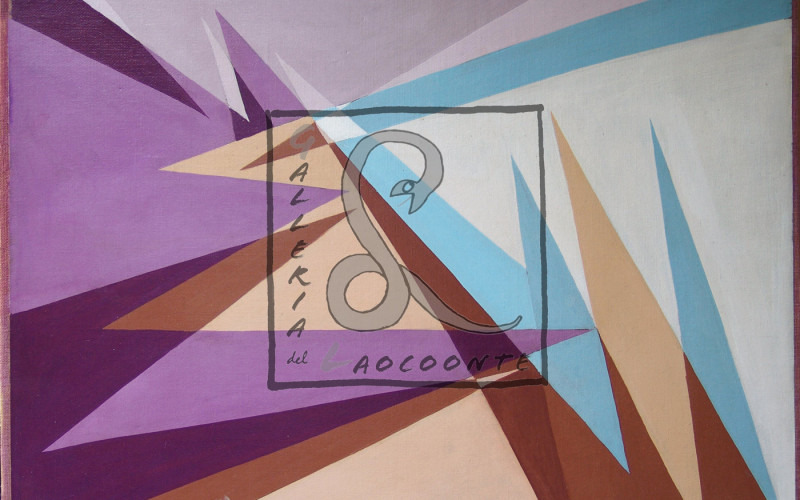