Felice Carena was born in Cumiana in 1879. He studied with Giacomo Grosso at ‘l’Accademia Albertina’ in Turin. After winning the ‘Pensionato Artistico Nazionale’ in 1906 he moved to Rome, and in 1910 he exhibited there at ‘Amatori e Cultori’. In 1912 he exhibited the works of his first period at the Venice Biennale, which showed strong poetic symbolism. In 1913 he was among the members of ‘Commissione Ordinatrice della Prima Secessione Romana’. During the First World War he found little time for art, but for his success in the field was appointed an artillery officer. Following this he moved to Anticoli Corrado, which would later become his favourite place for summer holidays. Between 1922 and 1924, together with the sculptor Attilio Selva, he created an art school at the Gardens of Sallust. Their lectures were attended, among others, by Emanuele Cavalli, Giuseppe Capogrossi and Fausto Pirandello. In 1924 he was appointed as a Professor at the Academy of Fine Arts in Florence and taught there until 1945. During his time in Florence he became friends with Soffici and Libero Andreotti, as well as becoming ‘Accademico D’Italia’ in 1933. In 1945 he moved to Venice, where he worked until his death in 1966. 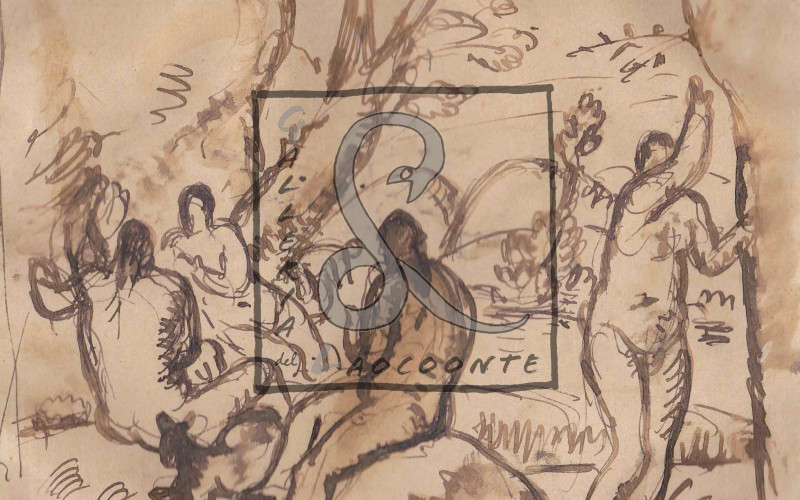