Pietro Gaudenzi – The Lost Frescoes Of The Castle Of The Knights

PIETRO GAUDENZI – THE LOST FRESCOES OF THE CASTLE OF THE KNIGHTS

In 2013 art historians Monica Cardarelli and Marco Fabio Apolloni carried out a survey during their research for a solo exhibition on the artist which confirmed that, of the important cycle of frescoes made in the summer of 1938, there is now nothing but bare walls in place of this masterful creation by the artistic genius of Pietro Gaudenzi.

This discovery gave great significance to the exhibition that followed, which was inaugurated at the headquarters of Galleria del Laocoonte in Rome in 2014 and subsequently shown at the Museum of Modern and Contemporary Art of Anticoli Corrado in 2015. 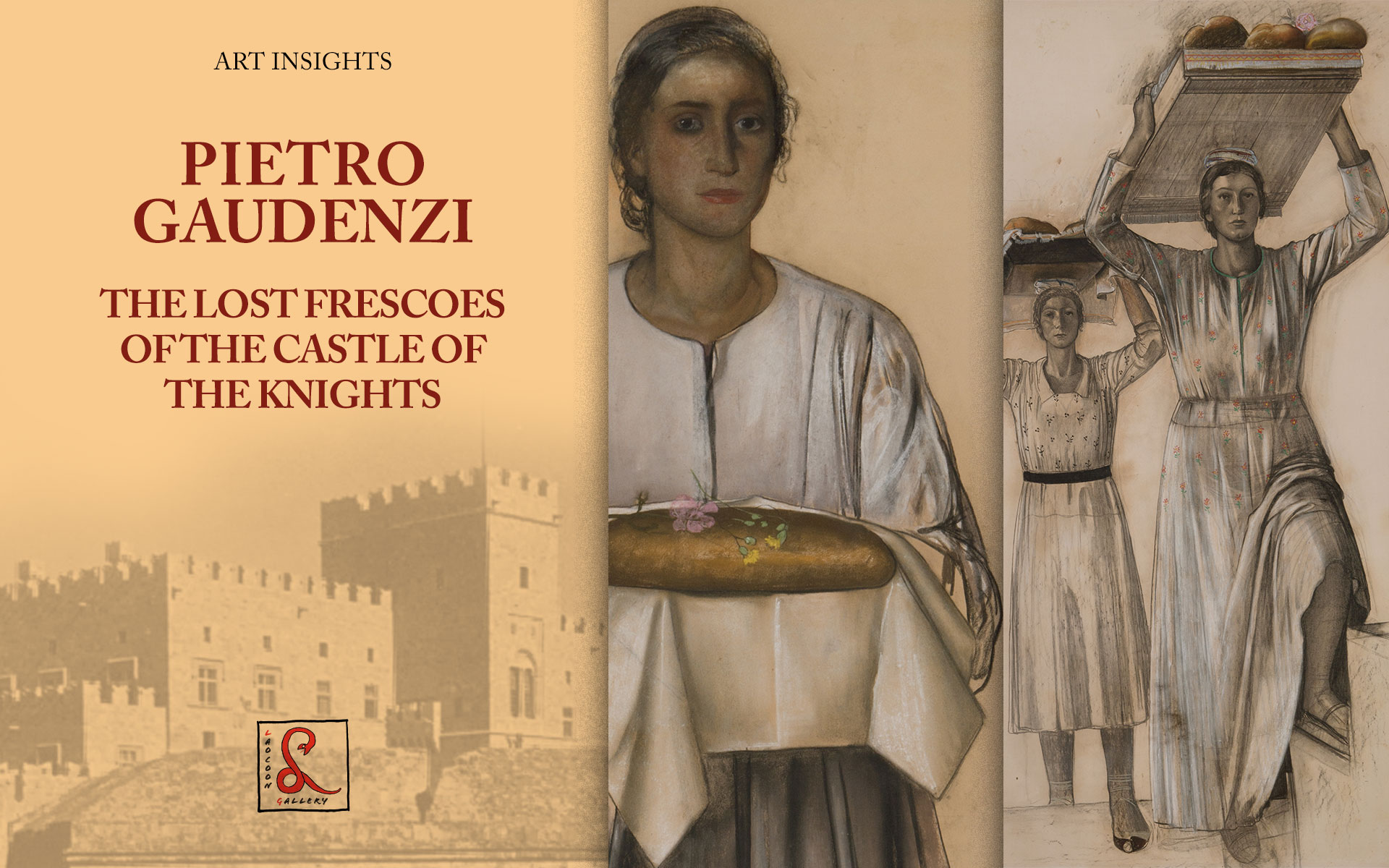 The exhibition assembled a number of preparatory pieces for the frescoes which included drawings, sketches, oil on panel and cartoons, all precursory to the monumental lost works of the artist. This nucleus, significantly brought together by curators Marco Fabio Apolloni and Monica Cardarelli, is the last surviving testimony of the murals that occupied two rooms, the Bread Hall and the Family Hall, of the monumental 14th century Castle of the Grand Master of the Knights in Rhodes, which was rebuilt by the Italians between 1936 and 1940 following its devastation by an ammunition explosion in 1856.

The pastel cartoons, extraordinary for their delicacy of touch, served to create the frescoes. These portray the imperturbable peasant women of Anticoli Corrado, a village near Rome, in their long black dresses and shawls, bearing enormous trays of bread on their heads in age old customs. When looking at The Mill of Anticoli Corrado, The Seeding, The Reaping, The bread bearers, Woman with a loaf of bread, or Young woman with a bundle of corn, one cannot fail to summon into mind the Mussolinian rhetoric of the Battle for Grain. These figures of Gaudenzi, painted in a triptych which echoed the frescoes of Rhodes and won the artist the Cremona Prize in 1940, seem untroubled, in the fixity of their ancient and immutable customs, by their triumphalist political backdrop.

These are the works of a bashful, taciturn artist who is the creator of an enchanted world and humanity in which the peasant models, portrayed by him in the village of Anticoli Corrado, which he elected as his personal Arcadia, are transfigured by poetic grace, so that line between human and divine becomes blurred: so in Gaudenzi’s works a Holy Family becomes a family, a divine visitation becomes a visit between merry wives or a Sacred Wedding Ceremony a simple wedding banquet, without the sense of the sacred being diminished but also without betraying the sense of truth.

It is the beauty of the humility of the Christian legend, so often wonderfully dressed in painting, which Gaudenzi has been able to bring back as a purist declination of the Italian twentieth century, with simplicity and sincere finesse.