Created in 2017 by the organizers of the Salon du dessin, Fine Arts Paris is a specialty fair for collectors based on the balance of diversity, quality and modernity. After three editions acclaimed by critics, this Parisian event is an unmissable event in the art market.

The present work is based on the Portrait of Napoleon’s uncle Joseph Fesch (Ajaccio 1763 – Rome 1839), the greatest antique painting collector of his times. It was commissioned to Antonio Canova in 1807 and finished a year later (Marble, Ajaccio Musée Fesch. Plaster model in Possagno, Gipsoteca.). Differently from Canova’s original our marble bust is more hieratic, fixed in a frontal pose and portrays Cardinal Fesch at a later age, as the notable embompoint of his face, comparable to that which can be seen in later painted portraits of Fesch, clearly testifies. 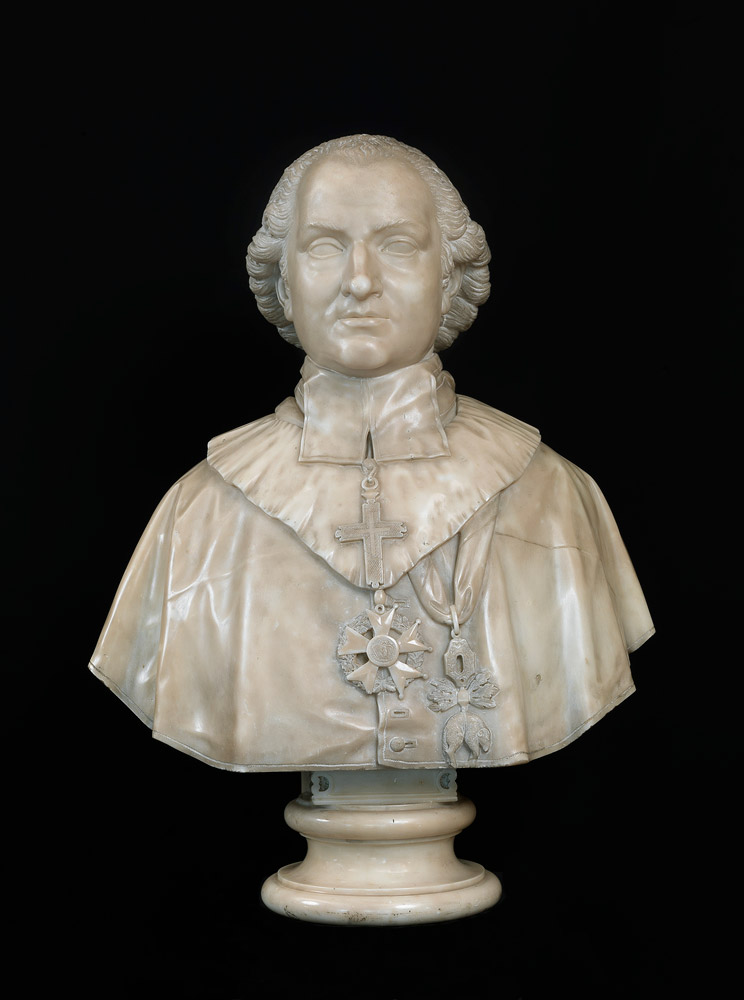 The sculpture, mentioned by G. Hubert in 1964 (La Sculpture dans l’Italie Napoléonienne.) was then owned by an antique dealer in Nice, where it was bought by Fabrizio Apolloni in the early 70’s for his own collection.

The bust is the work of Antonio d’Este (Venice 1754-Rome 1839), the close friend and director of Canova’s workshop in Rome, who helped him also in his role of overseer of Rome’s papal museums.

Antonio d’Este specialised especially in the production of portraits, like that of Canova himself, Pius VII, and many others for which he could produce a second best likeness when Canova’s own divine touch was not available.

The work is in perfect conditions and has kept the rare original patina that gives to the surface of the marble an appearance of softness much in contrast with the rigid official pose of the sitter.