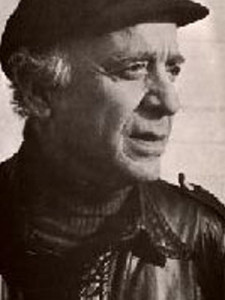 Antonio Corpora was born in Tunis on 15th August 1909 to a Sicilian family. At 19 he attended ‘Ecole des Beaux Arts’ in Tunis, studying with Armand Vergeaud. He moved to Florence in 1929 and attended lessons under Felice Carena, then moved to Paris in 1930, after an exhibition at Palazzo Bardi. After much time in Paris he held his next exhibition at ‘Galleria Del Milone’ in Milan. His travels ended in 1945 when he moved permanently to Rome, living as a guest of Renato Guttuso with whom he created, ‘Fronte Nuovo Delle Arti’ with which he participated in his first Venice Biennale in 1948. In 1952 Corpora convinced Lionello Venturi to write a short essay to introduce ‘Gruppo Degli Otto’ at the Rome Biennale. He went on to win the Prize of Young Italian Painting, with some of his works also being purchased by the Ministry of Education for the Gallery of Modern Art in Rome. Following on from this he participated again at the Venice Biennale in 1956, 1960 and 1966, and presented internationally at ‘Kassel’, ‘Documenta I’ in 1955 and ‘Documenta II’ in 1959, as well as presenting personal exhibitions in Berlin, Paris and New York. In 2003, on the nomination of the National Academy of San Luca, the President of the Republic Carlo Azeglio Ciampi awarded him the National Award ‘Presidente Della Repubblica.’ He died in Rome in 2004 at the age of 95.