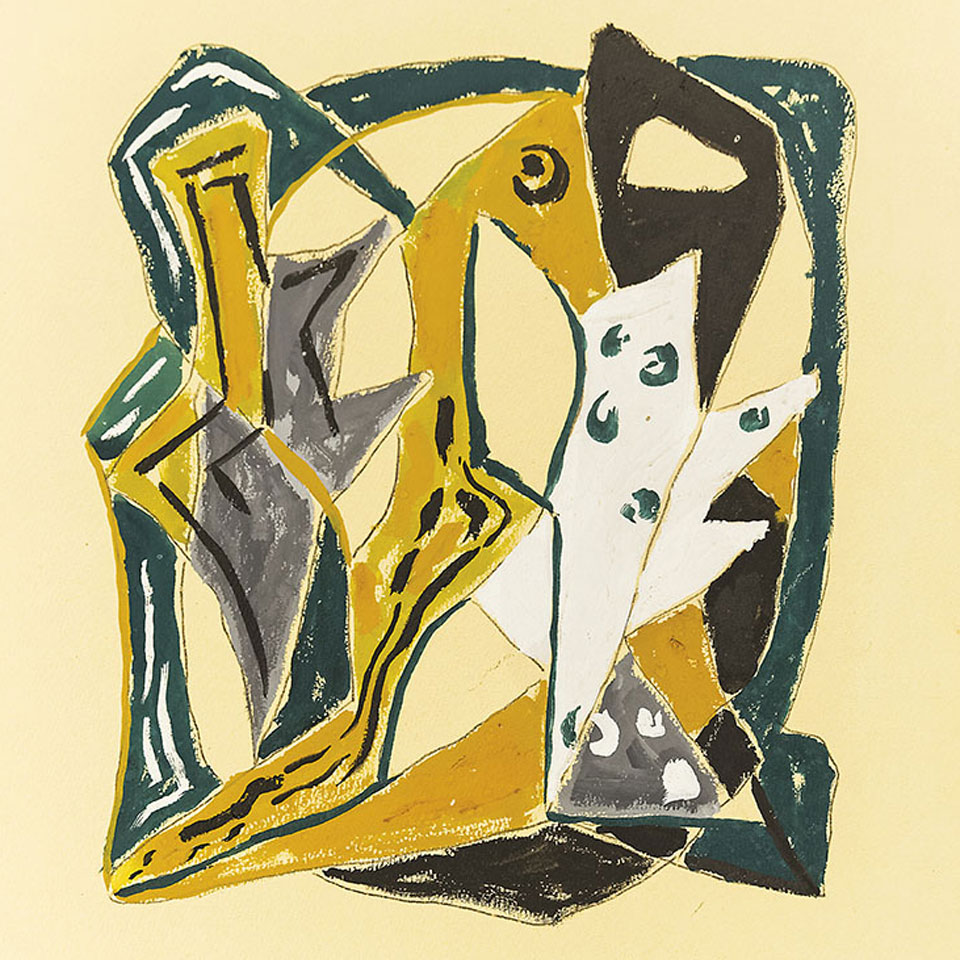 The exhibition Leoncillo, Le Carte e le Ceramiche. (Leoncillo: works on paper and ceramic sculptures) will be open on the 29th of October until the end of December 2018.

It is organized and promoted by Galleria del Laoconte of Rome, under the direction of Marco Fabio Apolloni and Monica Cardarelli, with the supervision of the artist expert Enrico Mascelloni.

Leoncillo Leonardi (Spoleto 1915-Roma 1968), commonly known as Leoncillo, has been one of Italy’s most important sculptors of the XXth century, and the most important working exclusively  with polichrome ceramics instead of marble or bronze, emancipating his tecnique from mere artisanship and placing his works in the major contemporary art museums.

The exhibition will be in three different locations: in the Galleria W.Apolloni in Via Margutta 53B are the large and most important ceramic sculptures belonging to his figurative and neo-cubist period, from 1939 to 1957, together with a large range of his drawings illustrating all the phases of his change of style.  Another section of the show is hoste in the new exhibiting space Spazio Babuino 136, inaugurated with this event as a common location for Galleria W.  Apolloni – dealing in antiques and old masters – and Galleria del Laocoonte  –  specialized in early XXth century Italian art.  Here, the focus is on Leoncillo’s work in the realm of applied arts: earthenware sets for coffee and tea, modelled in disquieting shapes, crooked goblets, wall plates with cubist bas-reliefs representing animals, a model for a chimney and a mirror frame created in a style that is at once metaphysical and cubistic. Here as well a group of drawings is shown to highlight Leoncillo’s work as decorator as many of his works from the 40’s to the mid-50’s were made for cinemas, theatres, bars, restaurants and nightclubs in the Rome of the Dolce Vita.

The last part of the exhibition is to be seen at the Galleria del Laocoonte,  in via Monterone 13-13A,  where are the drawings of the artist’s final ten years  –  he died in 1968 when he was only 53 years old. In his last period he abandoned all his figurative motifs, giving shape to large mineral-like bodies   –  always in enamelled terracotta or stoneware  –  where cuts, fractures, or the appearance of combustion,  with drops of blood or lava made in vivid red enamel,  bestow on them a dramatic and tragic likeness of life.

The catalogue of the exhibition has been divided in two different cloth bound volumes, one dedicated to the Le Carte – Drawings – and the other to Le Ceramiche – Sculptures – both edited by Marco Fabio Apolloni and Monica Cardarelli, with two texts by Enrico Mascelloni.  They were printed by De Luca Editori d’arte, one of Rome’s older and and more prestigious art publishing house: they are the same who published the first book on Leoncillo, by the arch-critic Roberto Longhi, in 1949.

Many works on show are exhibited for the first time, like the huge chimneypiece glazed in black blue and turquoise like the colours of the Grotta Azzurra, that belonged to the Neorealist movie star Raf Vallone, or three semi-abstract landscapes that once were in the Hotel Universo in Rome. Two abstract twin ceramics, are  among the earliest examples of Leoncillo sculpture in this style. A balustrade element is hanging in front of the preparatory drawing for it.

The star of the show is The Mermaid, one of the three “monsters” that Leoncillo created in 1939, getting his inspiration from the paintings of Gino Bonichi, better known as Scipione (1904-1933), the most visionary artist of the “Scuola Romana”. She is the last of the “monsters” by Leoncillo still in private hands – the other two, The Harpy and The Hermaphrodite are in Rome’ National Gallery of Modern Art – and one of the most disquieting masterpieces of XXth century’s italian sculpture. Near her, among watercolour drawings having as subject feminine beauty – caryatids, portrait of the actress Elsa de’ Giorgi – is the work Portrait of Mary, made in 1953, a masterpiece that the artist kept in his house all his life because it represents Mary jochemse, Miss Netherland in 1948, a beauty queen he had loved.

Unpublished are also the two little reliefs, The fox and the crow and The wolf and the lamb, lent bt the artist’s heirs. They are among the earliest works of the artist that like the famous vernacular poet Trilussa, hid behind his animal fables, like Leoncillo with Phaedrus, his juvenile antifascist opinions.

Another masterpiece is The Course of the Tiber, a high relief depicting the flowing of Rome’s river among some of the major monuments near his shores: the Milvian Bridge, St. Angel Castle, the Ponte Rotto and the Tiber Island, all in brilliant colours like in a cubist postcard.

The 100 drawings shown in the exhibition are here presented as a fist choice to give an idea of the artist’s career, but the study of them is only an example of a larger cataloguing work that the Galleria del Laocoonte intends to produce in the near future. 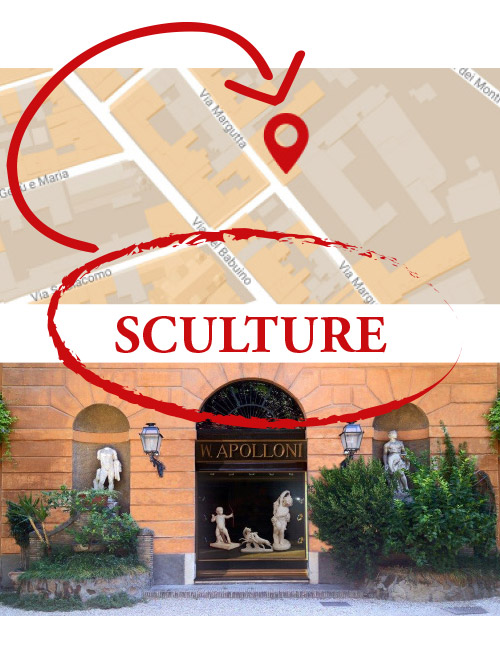 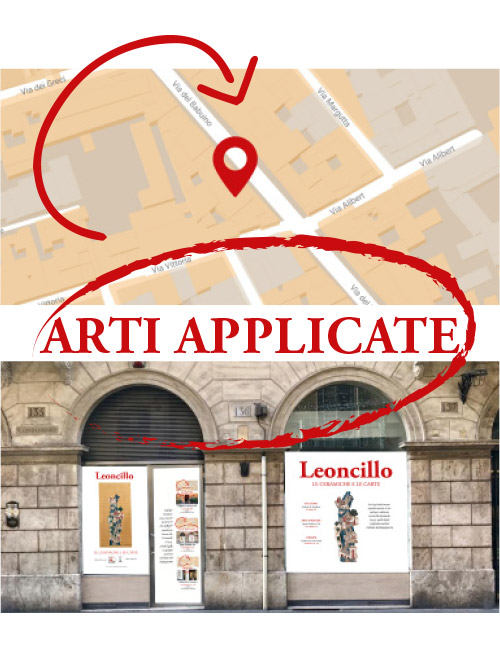 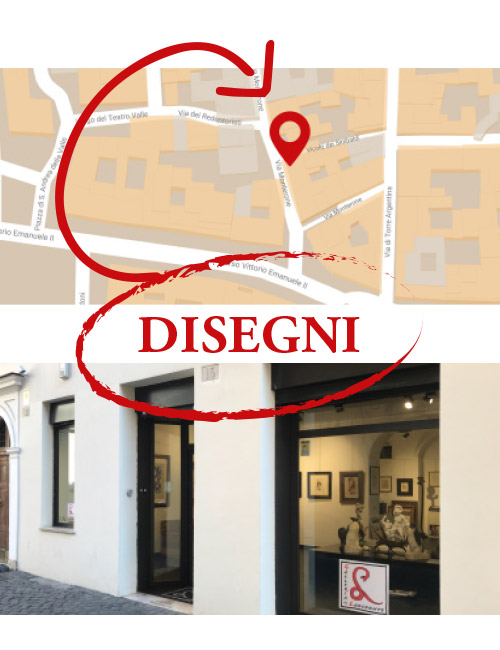 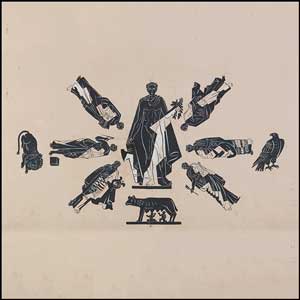 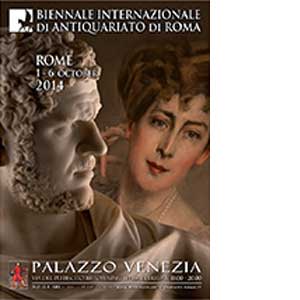